My own World Ranking

The international hockey federation FIH published their new world ranking today. As usual and expected a document without surprises… In a sport such as tennis the fluctuations in the ranking are somewhat more visible because players can only accumulate points for one year. Because every year the same important tournaments are being organised and points can be defended, won or lost. In most team sports the cycles tend to be longer, usually 4 years. Either based upon a World Cup every 4 years, the Olympics every 4 years or both as is the case for hockey. So nations, because I’m talking about the ranking of national teams, accumulate their points over 4 years but only the points won in the present year are counted for their full value (100%). The points for older years suffer from devaluation every year, 75% after 1 year, 50% after 2 years and only 25% after 3 years. I think it’s a fair system… however it also means the ranking does not always reflect the actual strengths of the nations at that moment in time. For example in case of the men’s national teams the ranking issued today does not at all reflect the actual ranking in my humble opinion. 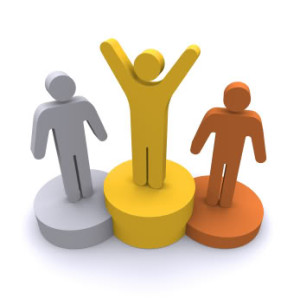 For these countries, especially the sub top countries the ranking could be of major importance with regards to qualifying for the next World Cup or the next Olympics for example. So one could argue for another ranking system that might better reflect the actual strength at that particular moment in time. However since sports administrators often do not excel in long term planning the system we have today might be better to prevent short term thinking. It might take somewhat longer to rise in the ranks but it rewards those who think and plan ahead and work towards short, middle AND long term goals, as it should be…Of course this is only my opinion based upon the many games I’ve seen, but not on hard facts. I think the top 3 is a solid top 3, well separated from the sub top challengers. There is still a substantial gap between numbers 3 and 4. But I think 5, 6 and 7 are very close to each other. Between 7 and 8 there is a bigger gap once again, and 8 , 9 and 10 are also very close to each other.

The World League should replace the Champions Trophy & Challenge

For the first time points were included for the “new kid on the block”, the World League… Those qualified for World League Round 4 (that is 8 nations) all got the points for the 8th ranking until the Final round of this event is played next January in India. So whether you came in 1st, 2nd or 3rd in Round 3 did not effect your ranking… Now all that is left to play for this new event in international hockey some first conclusions are in order. On the positive side the World League is opening up international top hockey to more nations and is beneficial for the fast risers in the ranking, such as Belgium for example. It gives the rising countries from the sub top better opportunities to play the top nations more often than the old system with Champions Trophy and Champions Challenge. However I think it’s somewhat strange that the FIH, who has excelled in fast adaptations of rules to make the game more attractive still has not abandoned the redundant Champions Trophy & Challenge events. It would make sense to keep the name Champions Trophy which could be used for the World League Round 4. But it’s about time the FIH will take and communicate the decision to free up some time on the international calender by merging the World League and the Champions Trophy.

And while I’m on the topic of rule changes and decisions made or to be made by the FIH… let me already tell you my next blog regarding hockey will be about why I think the recent decision to choose once again for a blue pitch in Rio is wrong, why the own goal rule should be abolished (we’ve tried it and do not like it) and why the recent tests with the raising of the stick above the shoulder would be a good change for hockey… ;)

Succes heeft vele vaders Innovation in sports is a good thing, but…