Think different as a phrase or concept came into the spotlight in 1997 with the famous Apple commercial by Steve Jobs & friends. Whether your an Apple adept or not, no one can deny this is exactly what the people at Apple were good at and their ability to think different reshaped several industries… and had its share in changing the way we communicate.

Not all brilliant design ideas are tech or IT related though. For example, just take a different look at the basic concept of a door like the Austrian artist/designer Klemens Torggler in the video below:

Today however I ran into the ad for Ikea like probably a lot of you on the social media channels we all know, love & hate… And again I was amazed how several people were attracted to the idea behind it: conservatism! Yes, sure this is a great ad. It is going viral as we speak/write/read and will bring the brand of Ikea to the attention of a lot of people once more.

But for me it immediately irritated me because of it’s concept to think what we have & know is good, good enough or even better. It embodies for me a celebration of the past and that, for me, is annoying. Living in the past, longing for the past to me is sad…

In my “humble” opinion we should learn from the past, enjoy the memories but longing for the past is not the way to go. It stops evolution… 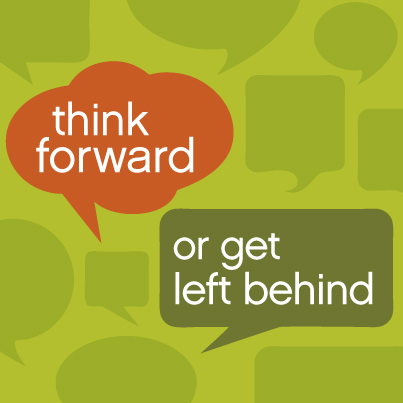 Let’s embrace the changes we’ re witnessing in this era of acceleration of changes. Do not fear them. So stop buying CD’s or records and stream your music. Stop buying newspapers and magazines and try Blendle. Watch films, movies and series where and when you want with Netflix… Stop thinking the way it was is the right way. The way it will be is way more interesting!

That little space between a smile and a tear…