It will be a difficult hockey year 2013-2014. Mostly because it will be the year confirmation is needed… Confirmation for some of the succesful surprises/innovations of recent times in our game of hockey. But let me start by reassuring you… I’m an optimist, I think confirmation will follow… for most anyway!

Those who were able to attend the European championship last month in Belgium will confirm the enthusiasm for our game has risen to new heights in Belgium. Both Belgian national teams, men & women, reached their goals: final for the men and semi-final for the women. Even more so, the positive vibe our game got from the best EC ever (!) is the true winner.
However now comes yet another challenge: confirmation of their new position in the picking order of international hockey.

Our Belgian women still have some years of catching up to do but are well on their way of  reaching for the same stars their male counterparts are aiming at.
At this moment I believe the Belgian men belong in the top 5 of the world ranking (read my previous article -written before the EC- about this). Now comes the next challenge of maintaining that level in order to prepare for the jump into the top 3. I do believe they have what it takes to maintain their sub top position, although nothing is certain in sports. The jump into the top 3 of the world by Rio 2016 for example is possible but a heck of a challenge. And then again comes the renewed challenge of maintaining the same level (= growing at least as fast as your competitor). Confirmation is topsport… No wonder these Germans are so good at it… ;) 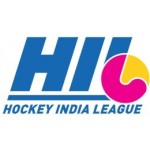 Some months before, the inaugural edition of the Hockey India League (HIL) was an amazing success story. One that could well revive the sleeping hockey giant India to challenge our Belgian Red Lions for this spot on the top 3… With the support of some great sponsors the first ever professional tournament has seen the light. Where else but in India! This is a set up that not only will be able to get India behind their national sports of the previous century once again but it also allows those top players living for their sport to finally make a decent living out of it. Forget about retiring after a couple of years at the highest level like in football, tennis, cricket or golf… But they’re making decent wages finally…
They also are gearing up for a huge challenge. Can they keep the momentum going and grow the HIL to more teams and a consistent yearly event? I think they can but they will need the help of the FIH who will be fixing all major international events for the following years in a couple of months. Can the FIH find a balance between the needs of the European club competitions, other national hockey events around the globe and this amazing HIL? And maybe even a female counterpart for this in Argentina? Why not?
We can only hope they will be given the opportunity for confirmation ! However 2014 is starting of in difficulties with a World Cup disrupting needlessly almost all other competitions and calendars because of poor timing.

Our sport has grown and is the better for it because of the innovation in rules these last couple of years. Two major changes in rules of earlier days were the abolishment of the off-side rule and the limitation of changing players during the game. The best of more recent changes is the self-pass of course, originating from the EHL. I’m somewhat less enthusiastic (read more here) about changes such as the own goal rule and the blue pitch and sceptical about the testing of Hockey 5’s instead of 11 vs 11. The latest change to allow the controlling of a ball above the shoulder however looks very promising to me. In these cases too we have to wait for the confirmation if they add to our game. If it were up to me the own goal rule has not confirmed, nor did the blue pitch but I’m afraid they will be confirmed by the FIH none the less…

I’m looking forward to a very interesting new hockey season with top national competitions starting all over the place this month, the EHL next month and in April and the AHL down under.India will be in the centre of attention early 2014 with the Junior World Cup in December, the World League Round 4 in January and topped of by the HIL in February. Spring will bring us new national champions in our domestic competitions in Europe and to finish it all off an amazing World Cup in the months of May & June.